For people who grew up in the latter half of the 20th century, you probably have collections of old shots and potentially old 8MM films. The contents of these 8MM films must be the most important events of your life. Perhaps it’s your first step, birthdays, or something else.

Unfortunately, 8MM films are outdated, and people need to become more familiar with them. Try to show it to one of the kids; surely they wouldn’t know what it is. However, there are still people who have kept them. If you are one of them, did you know you can transfer your 8MM files to DVD? Yes! You read that right. You can then watch its content again and save your most cherished memories. By referring to the guides, you can convert 8MM to DVD and have digital copies of all those old 8MM films. Meaning you can treasure your memories forever. So without further ado! Let’s begin.

Part 1. Is it Possible to Convert 8MM Film to DVD

If you are wondering if you can transfer 8MM to DVD, the answer would be a big YES! You can convert 8MM to a DVD in so many ways. You can convert Standard 8MM, Super 8MM, and even 16MM films to DVD or digital video files on a USB drive. But before we show you how to do it, let’s first learn the difference between Standard 8MM, Super 8MM, and 16MM films.

In the 1930s, the classic 8MM film was released as a less expensive alternative to 16MM. These spools, often called Double eight film, actually hold 16MM film with double the number of perforations than regular 16MM film. When using this film stock, only half of the film will be exposed on the first run in the camera. Both spools will need to be turned around and put back into the camera, exposing the reverse. The film is split in half during development to produce two 8MM parts. As a result, each frame is half the height and width of a typical 16MM frame.

Most amateur filmmakers use Super eight films, perhaps the most well-known and popular type. The super eight films, introduced in 1965, immediately gained popularity because they produced superb quality images and had a more straightforward cartridge loading technique than standard 8MM. Additionally, it might include a soundtrack in a Super 8MM film. A narrow, rust-colored strip that runs down the film between its edge and the picture region can be used to identify the sound film. As of 2017, Kodak announced that it will once more provide Ektachrome in the Super 8 format, indicating that the Super 8 film is still being marketed and produced today.

In the 1920s, Eastman Kodak released the first 16MM film. 16MM film soon gained popularity among professional filmmakers working in education, government, commerce, and medicine despite being initially designed for amateurs and home enthusiasts. Because it was more affordable and portable than other film formats, such as 35MM, 16MM films became widely used by television producers and news organizations. Surprisingly, because of advancements in digital technology and image quality, 16MM film is still utilized in contemporary television and film productions.

Part 2. How to Burn 8MM Video File to DVD

Even if you can find an available projector, it is becoming more difficult to playback 8MM and 16MM films, so have them converted to current formats, like transferring cassette tapes to a computer.

Compared to VHS, an 8MM film has a smaller video cassette, a longer playing time, and superior sound. The three video cassette formats for PAL/SECAM and NTSC television systems are connected to this video's format. These formats served as the foundation for the now-famous Digital 8 in the past. However, most individuals no longer utilize adapters because of technological improvements. For this reason, you'll need to convert 8MM film to DVD for future playing and compatibility with newer devices.

You can use a projector to convert 8MM films to DVDs. In this case, you only need to project the movie onto a wall or a projector screen and capture it with your video camera. Despite how simple this approach may appear, you'll need to spend money on a projector, which is not inexpensive. A clean surface free from outside interference is also necessary for screening. Of course, a reflector box will be necessary to control the filming pace. 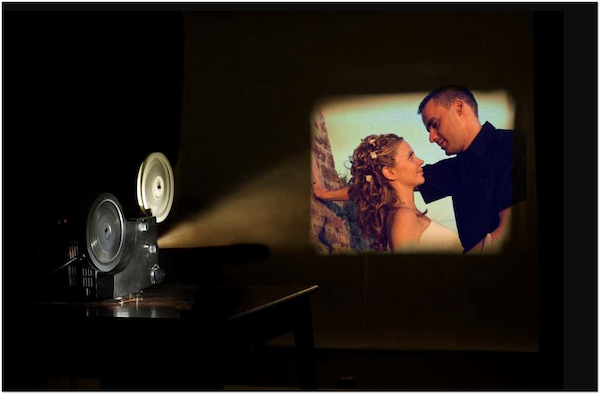 After converting the 8MM film to digital format, transfer it to your computer. To convert 8MM to DVD, a professional yet straightforward DVD creator is a must-have. AnyMP4 DVD Creator is highly recommended. It offers the finest way to make DVDs from any type of video, including downloaded and recorded films. Along with creating DVDs, it also enables you to modify DVD video effects with trimming, cropping, filtering effects, and more to improve and personalize your movie.

1 Download and install the latest version of AnyMP4 DVD Creator, then launch the DVD creator on your operating system and open it.

Select the DVD Disc option, and ensure you put a blank DVD into your optical drive first. Click the Add Media Files to add the 8MM film you wish to burn on the operating system. 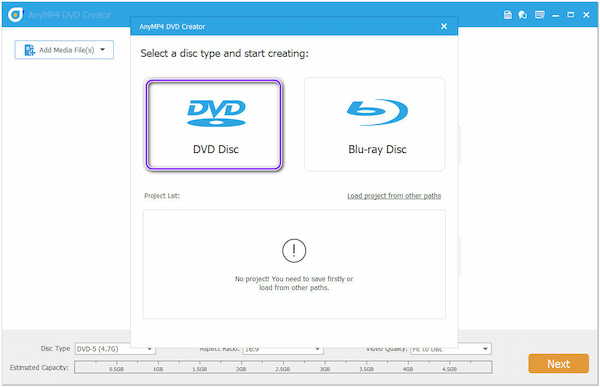 2 After uploading the 8MM film, you can optionally add an audio track or subtitle for the output of your 8MM film. Tick the box of each 8MM film you wish to burn. Then, click the Next button. 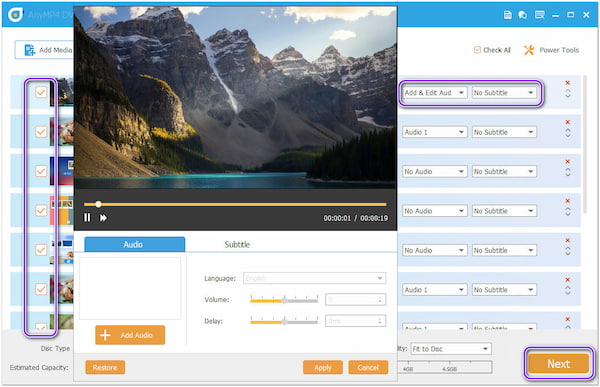 3 Following that, select your desired template on the Menu Template tab. You can choose from holidays, family, weddings, travel, etc. If you don’t like any of the above templates, you can customize your template by going to the Custom Template tab. Click the Preview button to view your chosen menu template. 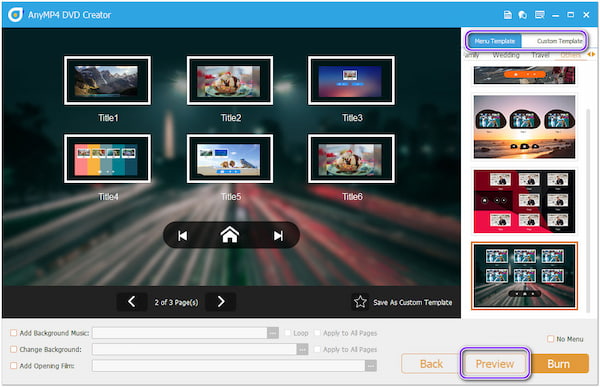 4 Click the Burn button to proceed. Here, set up the burn settings and playback mode. Also, don’t forget to select a destination for your output. To burn your 8MM films, click the Start button. 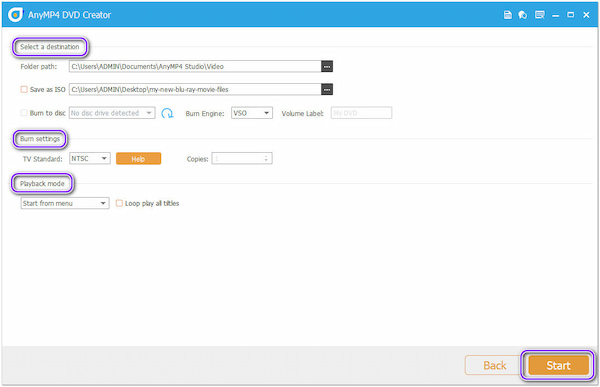 Suppose you want to modify your 8MM films further. Click the Power Tool button to open up the advanced features of the DVD creator. You can edit the chapter, subtitle, thumbnails, video file, etc.

1. How long does 8MM film take to convert to DVD?

Home movie film from 8MM, Super 8, and 16MM formats converted to DVD or USB device will take two weeks turnaround period, and each DVD may carry around 1200 feet.

2. What resolution should I use to scan 8MM film?

Film resolution in 2K. You have two resolution choices when digitizing your film: regular and 2K. These solutions are available for projects transferring 8MM, Super 8, or 16MM film. If you get a 2K video file, you can also change video resolution to 4K, 5K, even 8K.

Now you have learned how to convert 8MM tapes to DVDs without a camcorder. Besides the two methods we mentioned, there are many other ways to convert 8MM to DVD. But the best way to do so is by following our methods. We hope we have helped you transfer 8MM to DVD.

Posted by Ted Klarso to DVD

Add your comments to join the discussion here
You are here: Home > DVD > Burn 8mm File to DVD