Can you watch 3D Blu-ray on 4K TV? Answer is Here

Can you watch 3D Blu-ray on 4K TV? The Honest Answer is:

4K resolution on TVs has invaded every film and movie, especially with the rise of online streaming platforms such as Netflix, Hulu, HBO Max, etc. It is inevitable for viewers to wonder if there is ever a way to improve the experience of viewing movies in 4K, but how? A search trend came up about viewing 3D films, specifically Blu-ray. Canou play 3D Blu-ray films on 4K TV?

Yes, that would be a breathtaking experience! So let’s get on with the answer to the question in the following parts of this article.

An honest answer is that 4K 3D movies do not currently exist.

The 4K Ultra HD or 4K UHD refers to the video's pixel resolution. The ultra HD television's resolution is 3840×2160, about 8.3 megapixels, 16:9 aspect ratio. They are for refined and high-quality graphics developed to increase the watching experience. These are the modern standards for purchasing up-to-date smart TVs. Unfortunately, even though they are highly innovative, they do not mention studios creating 3D movies dedicated to 4K TV. It is not because 4K TV cannot play 3D Blu-ray videos but because studios are not producing 3D Blu-ray movies anymore because they are costly.

There is no mention yet that any 3D Blu-ray films in Ultra HD resolution will be released. Most IMAX movies in cinemas are in 2K HD resolution. For example, the 3D version of the movie based on the epic science fiction book, Dune, was released in 2K Full HD. But aren’t they 4K when projected in viewing it 2D? Yes. What theaters do is they convert the movie into 2K when viewed in 3D.

No, but you can play 3D Blu-ray on 3D-Enabled TVs and even 2K TVs since modern 3D movies are made in 2K resolution. They are strict about this resolution because it is expensive and equipment demanding when making 2K 3D movies; how much more when they are in 4K.

But maybe in the future, in the next five years, we will be able to watch 3D Blu-ray on 4K TVs.

Here is the list of 3D TVs dedicated to playing three-dimensional films:

Unfortunately, as of 2017, companies have stopped manufacturing 3D-enabled TVs because of logistics. 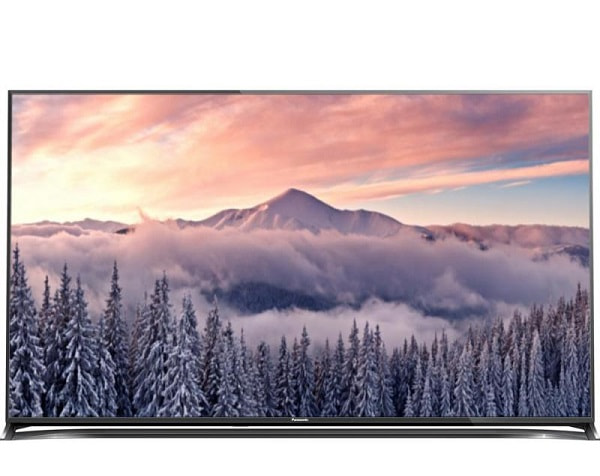 2Make sure your TV is 3D-enabled or somewhat capable of conveying the 3D technology used by your Blu-ray Disc player.

3 Connect the Blu-ray Disc player to your TV using a high-speed HDMI cable. Check the packaging or case you came with the movie to ensure it supports 3D Blu-ray Disc movies.

4At the menu settings of the TV, select the proper 3D format.

We hope we have helped you with these steps and guides on how to watch 3D Blu-ray on regular TV. 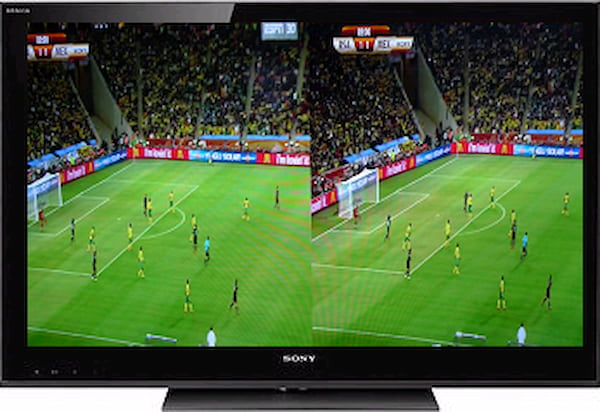 Our pick for the best Blu-ray player for your 3D viewing is the all-in-one software that is AnyMP4 Blu-ray Player! It is available on Windows and Mac, making it accessible for all users. You can play 3D Blu-ray movies with it. You can upload them and then play them simultaneously on the same software. With this, you can play 3D Blu-ray on 4K TV, which is why we recommend this software! While watching, you can adjust the volume and make some changes in your videos, for example, changing the aspect ratio. You can add some effects that enhance the graphic properties of the film.

An example is if you are in a sunny place, you can raise the brightness so you can see your movie clearly, and if you are in a dark room, lessen it. It is undoubtedly an excellent software program to play Blu-ray and DVD movies.

It has a very non-subtle interface which can have a reputation for having one of the most user-friendly software. It can play multiple formats like Blu-ray videos and various DVD modes.

We will show you how to play 3D Blu-ray movies on AnyMP4 Blu-ray Player now that you are introduced to the essential functions and features.

Start installing the program, then launch it to start our 3D viewing. You should see this in the start interface. 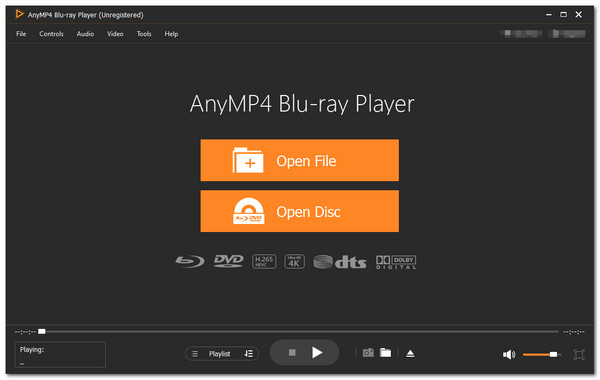 2Click on Open File to choose the 3D movie you want to play on the Blu-ray player, click the video on your folder, then select Open afterward.

After that, you can now play your 3D movie. You can play more movies, not just 3D, with this Blu-ray Player, so do not limit yourself with this software! 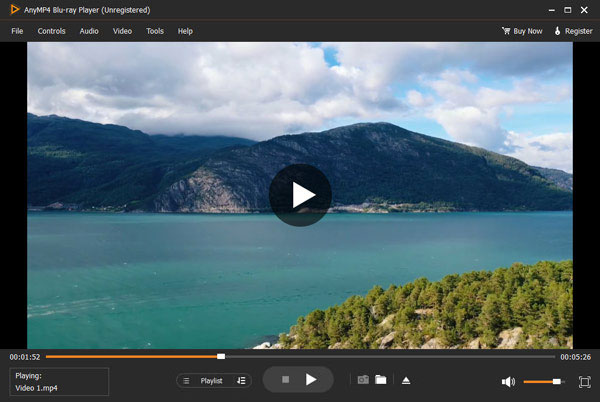 For more 3D Blu-ray player software, you can check it here.

1. Why are 3D TVs discontinued?

It has been discontinued because many viewers suffered from eye strain, and many bad reviews arose. Plus, only a few 3D movies are being released every year. They are not in demand.

Yes. You will need a TV that supports 3D movies. Netflix must be 3D-enabled to play it.

3. Which streaming service has 3D movies?

4. What is the difference between 3D and 2D?

A 3D film, also known as a three-dimensional film, portrays an intensely realistic and interactive environment. It comes from the third property added labeled as Depth. It gives the shadow and structure that makes up the 3D effect. On the other hand, 2D or two-dimensional is composed of Length and Width, which is why it looks like a flat surface. 3D also has two of these, plus depth. That is why it is called 3D.

To answer the question, can you watch 3D Blu-ray on 4K TV to answer the question? We approached this query with whole honesty. The results may not be positive, but with the explanation, we are sure that you understand why it cannot play 3D movies. But with the recommended software, we sure hope you can play 3D movies as much as you want to. It is fantastic software for playing all kinds of videos. You can adjust them and watch them smoothly. Please share this article with your friends and family and visit our website for more related content. Thank you!

Add your comments to join the discussion here
You are here: Home > Player, Blu-ray > Watch 3D Blu-ray on 4K TV