Minecraft is a popular sandbox video game that allows players to build a variety of different blocks in a 3D procedurally generated world. There are multiple game modes available in this game, including Survival, Creative, Adventure, Spectator and Hardcore mode. As a game requiring creativity from players, Minecraft has gathered attention from gamers from all over the world.

Due to the popularity of the PC version of Minecraft, its creator now has released a lighter version which is known as Mincecraft PE (Pocket Edition). With this version, players can play the game on their Android or iOS devices. If you are a Minecraft player, you may often have the need to record Minecraft videos to share your achievement or give some advice and tutorial to your friends. In this article, we will share with you the best Minecraft recorders for computer and mobile phones. 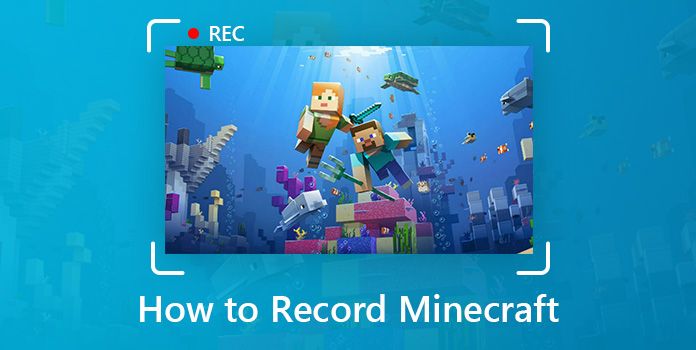 Part 1. How to Record Minecraft on Windows/Mac

AnyMP4 Screen Recorder is a powerful but easy to use video recorder that can record any screen movements and actions on your computer.

Freely download the Minecraft recorder on your computer according to the OS. Then install and launch it.

Set the screen recording area with your mouse freely according to your need. To achieve the perfect recording effect, you can set a definite aspect ratio to record, or record in general aspect ratio like 1024×768 pixel.

You are also able to set the output video format, quality and frame rate of the recorded Minecraft videos in the Preference window. 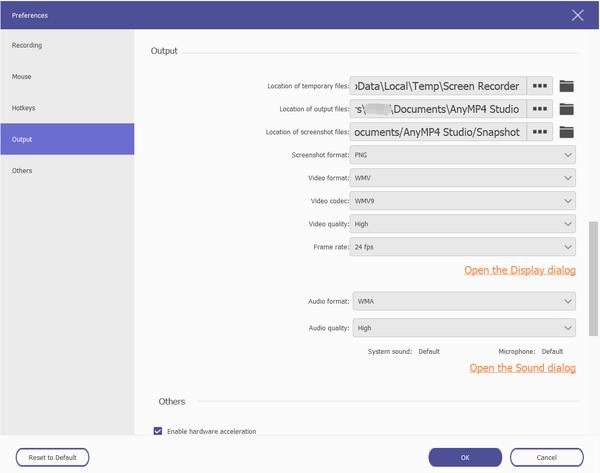 After all the settings are finished, click the "REC" button to start recording Minecraft video with voice. Normally there will be a three-second countdown, then the recording will begin. You can switch to the Mincecraft screen and start to play the game immediately during the countdown, then the AnyMP4 Screen Recorder will record the Minecraft video automatically. In this process you can take snapshots, pause, restart and stop recording freely.

After the recording is finished, a preview window will pop up. You can preview the recorded Minecraft video and save it to a customized folder.

Bandicam is a lightweight screen recorder for Windows PC. It allows you to capture anything on your PC screen as high-quality video. There is a Game Recording mode for gamers to record 4K UHD video and capture up to 144 FPS video and then post to YouTube. So it'd be a good choice to record Minecraft with Bandicam Game Recorder.

Step 1: Install and launch Bandicam on your PC and choose Game Recording mode.

You are able to customize the video codec, audio codec, resolution by clicking the "Settings" button next to "Profile".

Step 3: Adjust frame rating using FPS tab of Bandicam and it will be displayed on your computer screen in green color. 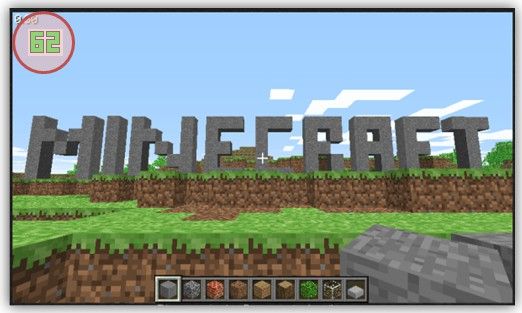 Step 5: The green number (FPS) will turn to red during recording. 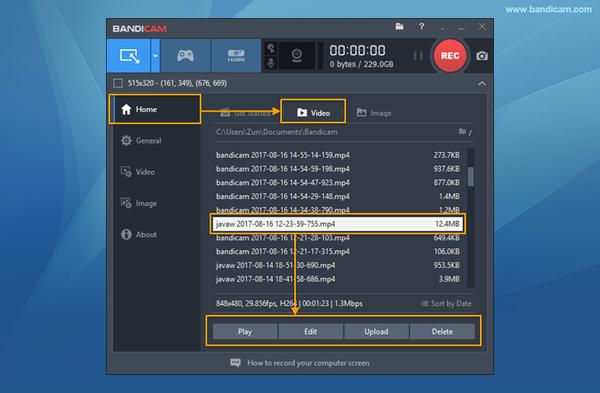 Part 2. How to Record Minecraft PE on iOS

If you often play Minecraft on your iPhone or iPad, the two iPhone screen recording apps we are going to recommend can help you make Minecraft video easily.

Airshou is a popular screen recorder that works perfectly on all iOS devices without jailbreak. It can record fast moving action games without any video quality loss with its various advanced features. All settings in Airshou are pretty straightforward and users can have easy and complete control on their recordings.

If you are using iPhone or iPad with iOS 11 or later, you can easily record Minecraft video with the built-in screen-recording feature of iOS device. This method can be the most safe and convenient one, as you have no need to install any third-party application on your device.

To record a Minecraft gameplay video on your iPhone or iPad, just slide from the bottom of your screen to launch the Control Center, then tap the screen recording button to start recording. Now you need to open the Minecraft PE and play it as soon as possible to record your gameplay. 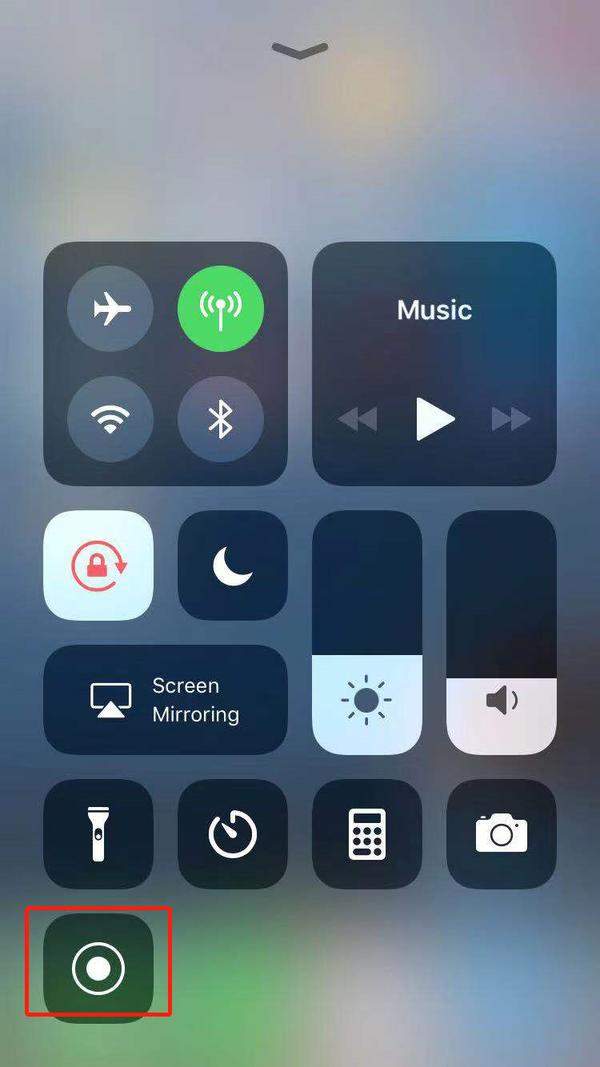 Part 3. How to Record Minecraft PE on Android

AZ Screen Recorder is one of the best recording tools for Android. There is no need to root, no time limit, no watermark, ad free and easy to use with one action to start and stop recording. You can record Minecraft video in HD and FullHD. What's more, you are able to record your own audio from the microphone and it will be automatically mixed into the screencast videos. 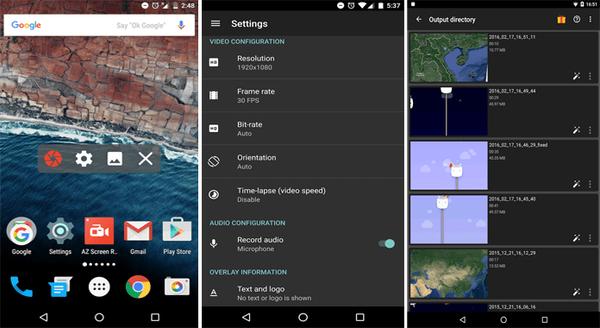 Mobizen is another popular screen recording tool on the Play Store. It's especially suitable for game recording, which has a number of tools for pizazzing up your gameplay videos after you record them, such as background music and the option to record yourself doing intro and outro videos. 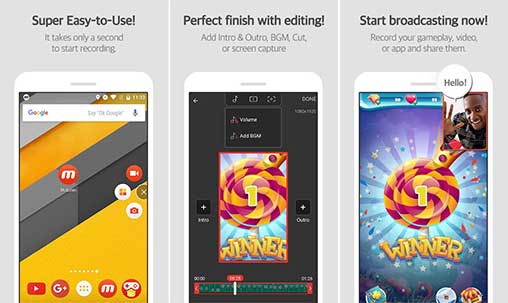 Whether you want to record Minecraft gameplay video on computer or record Minecraft PE on mobile phones, you can choose one from the six screen recorders recommended above according to your needs. If you have other good recorders to share with us, please feel free to leave a comment below.

Posted by Riley Mitchell to Recorder

Add your comments to join the discussion here
You are here: Home > Recorder > Minecraft Recorder